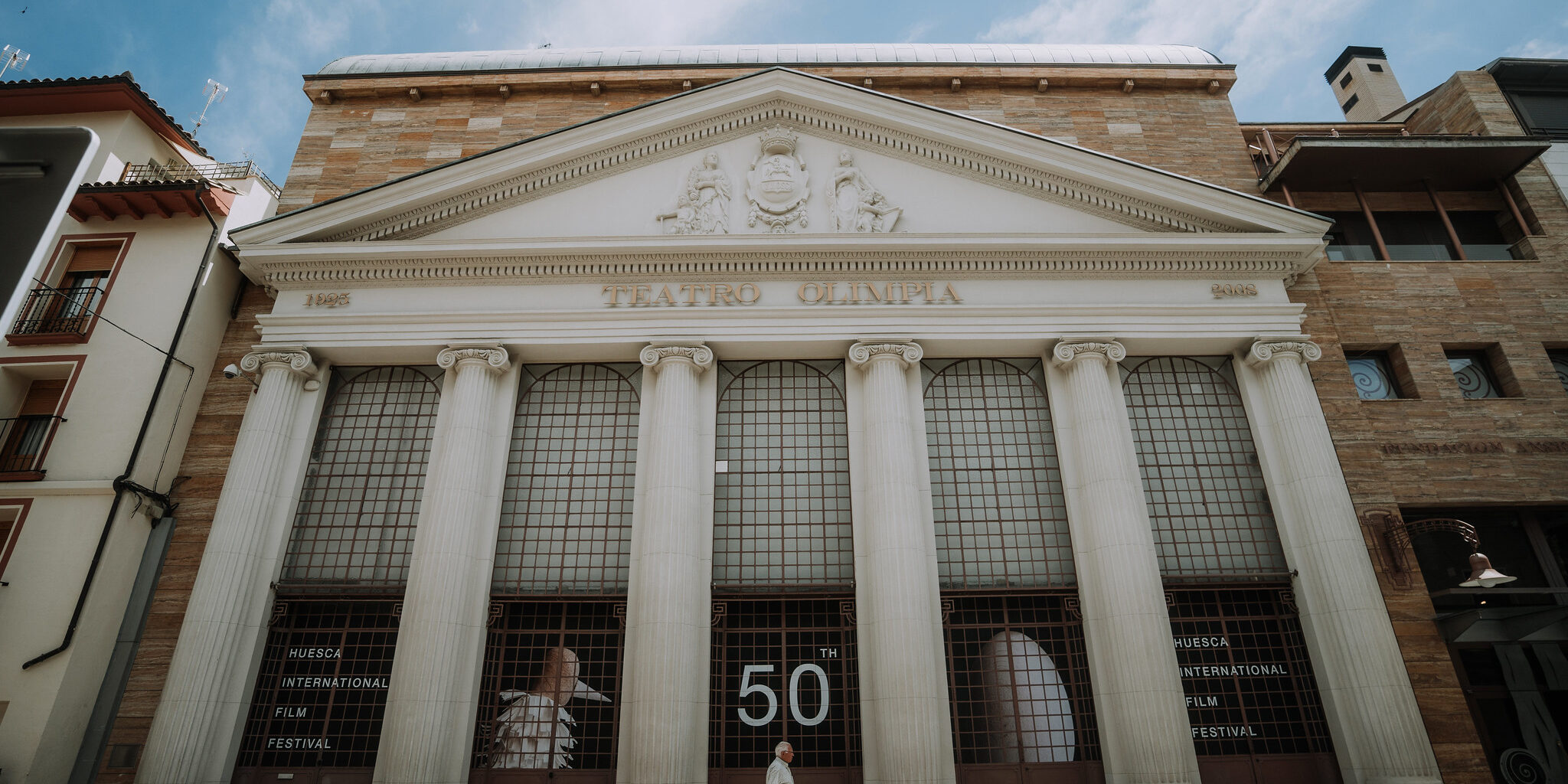 THE ACTORS GOIZALDE NÚÑEZ AND NACHO RUBIO WILL BE IN CHARGE OF CONDUCTING THE OPENING CEREMONY OF THIS 50TH ANIVERSARY EDITION.

The Huesca International Film Festival celebrates its 50th anniversary with international stars and great personalities from the industry such as Diego Luna, Terry Gilliam, Carlos Saura, Luis García Montero, Nely Reguera, María Guerra, Ruth Gabriel, Germán Roda, Álex Rodrigo, Pablo Baksht and Edgar Vittorino, among many others who will visit this contest. From June 10 to 18, the Alto Aragonese capital will be the spotlight of the seventh art with the projection of the best short films produced worldwide in recent months, 73 in total from 25 countries. These works are competing for a pass to the preselection of the Oscars that grant the Danzante Awards, the highest awards of the Huesca contest.

The red carpet will be rolled out at the gates of the historic Olimpia Theater this Friday to host the opening gala, conducted by the actors Goizalde Núñez and Nacho Rubio. A ceremony where two long-awaited moments will take place: on the one hand, the actor and director Diego Luna will arrive from Hollywood to receive the City of Huesca Carlos Saura Award from the hands of the Huesca filmmaker himself. The second milestone will be the presence of the Cervantes Institute, represented by its director and well-known poet Luis García Montero, who will receive the Pepe Escriche Award, who was the founder and one of the main promoters of the event.

Both perfectly embody the value of culture as a common heritage of the countries and peoples of the Spanish-speaking community. On the one hand, Diego Luna (Mexico, 1979) became known globally in the award-winning Y Tu Mamá También more than two decades ago and has now become one of the international benchmarks of the Ibero-American audiovisual industry. He is currently working both on his leading role in the new series based on Star Wars (which is scheduled to premiere in August and the theater show Cada vez nos despedimos mejor. For its part, the Cervantes Institute is a bearer of culture in Spanish, especially through its work to universally promote the teaching, study and use of this language.

On Wednesday it will be the turn of another great star, the acclaimed actor and director Terry Gilliam who will see his career recognized with the Luis Buñuel Award. His filmography is full of outstanding works such as Brazil, The Adventures of the Baron Munchausen, 12 Monkeys and his latest film, The Man Who Killed Don Quixote (2018), which will be screened to the public after the tribute to the man who is also known for being a member of the MontyPython.

The big screen of the Teatro Olimpia will present great premieres like the one that opens the edition: La Voluntaria. Its director, Nely Reguera will also attend the festival to support her film, that will be screened in Huesca the same day as its launch in all Spanish theaters. Along with the feature film starring Carmen Machi, spectators will be able to enjoy other outstanding titles such as Amateur (Monday 13), Nosotros no nos Mataremos con Pistolas (Wednesday 15) and Fleta: Tenor, Mito (Friday 18). The latter is a documentary dedicated to the Aragonese tenor Miguel Fleta; It will be its worldwide premiere in the very theater that the singer himself opened with his voice in 1925: Huesca’s Olimpia..

50 YEARS AS THE CAPITAL OF SHORT FILM

Since that day in April 1973 when the first short film screened (Nehvizdat, prosim, by Ivan Urban) gave life to the contest, the Huesca International Film Festival has not stopped showing short film, as one of the preselectors of the Oscar Awards and with the endorsement of the Goya. Throughout its history, it has served as a launching pad for careers such as those of Michel Franco, Daniel Sánchez Arévalo, Borja Cobeaga, Paula Ortiz, Celso García and, more recently, Claudia Costafreda. In addition, it has paid tribute to outstanding film figures such as Michel Piccoli, Bertrand Tavernier, Ángela Molina, Marisa Paredes, Stephen Frears, Costa-Gavras, Arturo Ripstein, Icíar Bollaín and Isabel Coixet.

In this 50th edition, 73 works will compete in the three contests of the festival: 30 in Ibero-American, 28 in international and 15 in documentary. In short, a set that offers a still photo of the crucible, forms and contents of the audiovisual world, in this year when the Spanish production stands out. The film subjects cover all those aspects that most concern today’s society. Some deal with social issues, such as job insecurity and lack of opportunities for young people, but also the loneliness of the elderly, the feminism, gender violence, technology and the family and the confinement derived from the pandemic generated by Covid-19. There are also lots of animated films, independent films, fantastic films, new Mexican films, indigenous films, and even some looking at the linguistic plurality.

A jury of well-known faces with a long history linked to the cinematographic world will choose the Danzante Awards: Ruth Gabriel, Germán Roda, María Guerra, Álex Rodrigo, Helena de Llanos, Edgar Vittorino, together with the presence of Simos Kyparissopoulos, Krzysztof Gierat and Pablo Baksht thanks to the support of Acción Cultural Española. In addition to these members, eight others film professionals will make up the Screenplay and the Youth juries.

The Official Section of the Festival can be seen in free sessions every day at the Teatro Olimpia, at 5:00 p.m. and 7:30 p.m., except on Sunday 13 with a single session at 4:30 p.m. In addition, the program is completed with exhibitions, meetings with the public, open-air projections and “fulldome”, activities for children, adults or teachers and parallel sections for all types of audiences. A wide and multidisciplinary offer that aims to permeate the entire city with the aroma of the seventh art.