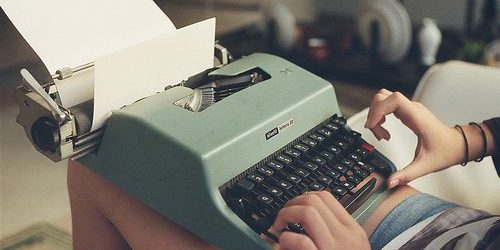 ENDOWED WITH € 800, THE AWARD IS AIMED AT SHORT FILMS SHORTLISTED IN THE IBEROAMERICAN CONTEST

Huesca International Film Festival will include a new prize in the list of winners, Best Script, which will be awarded from this edition onwards; the 45th edition will be held from 9 to 17 June at the Upper Aragonese capital city. This initiative is one further step in the festival commitment to recognize the all too often disregarded work of scriptwriters. ‘It is an essential figure to any cinematographic work and more especially in short film. Nor the access to resources neither technology, increasingly accessible for all, make up for the lack of a good script so as to tell a story properly’, said Azucena Garanto, director of Huesca film festival. It is worth recalling that last year both tribute prizes went to figures which were both filmmakers and scriptwriters: Luis Buñuel Award went to two Oscar winning Jean-Claude Carrière, and Huesca City Award to the Aragonese Paula Ortiz.

Best Script Award will go to the scriptwriter in person and it will be endowed with a total of € 800, funded by Anselmo Pie Foundation sponsorship and the collaboration of Huesca Province Bookshop Association. The award is an evolution from the Prize of Cinema Short Story Contest, all parties involved are strongly committed to this change, ‘we think it is an initiative that perfectly combines the literary and the film world, besides, it gives due recognition to the work of screenwriters’ concludes Víctor Castillón, Association Chairman. Likewise, Manuel Pérez, Foundation Chairman, considers that ‘this award is fully consistent with our involvement in the search and promotion of performing arts’.

A jury selected on this occasion by the Bookshop Association and Anselmo Pié Sopena Foundation is to grant this award following film narrative criteria. The Iberoamerican Contest jury will shortlist the competing short films and among these selected entries the winner will be determined by the award specific jury.

The press conference where the list of winners is to be disclosed will also host the delivery of this prize, on the festival closing day. In addition, the economic contribution is not going to be the sole measure applied with this new recognition; the festival plans to edit and publish winning scripts every five editions, what brings tangible visibility apart from the financial recompense.

Figures of this 45th edition disclose a total of 1658 short films entered during the submission period, 603 of these heading to the Iberoamerican Contest and, therefore, all these could compete for this recognition. The list of short films finally selected will be shortly unveil and it will be at this time that the tittles competing for the Danzante Awards will be announced, as well as those competing to be shortlisted for the Oscar and Goya Awards.