The 44th edition of the Huesca International Film Festival begins 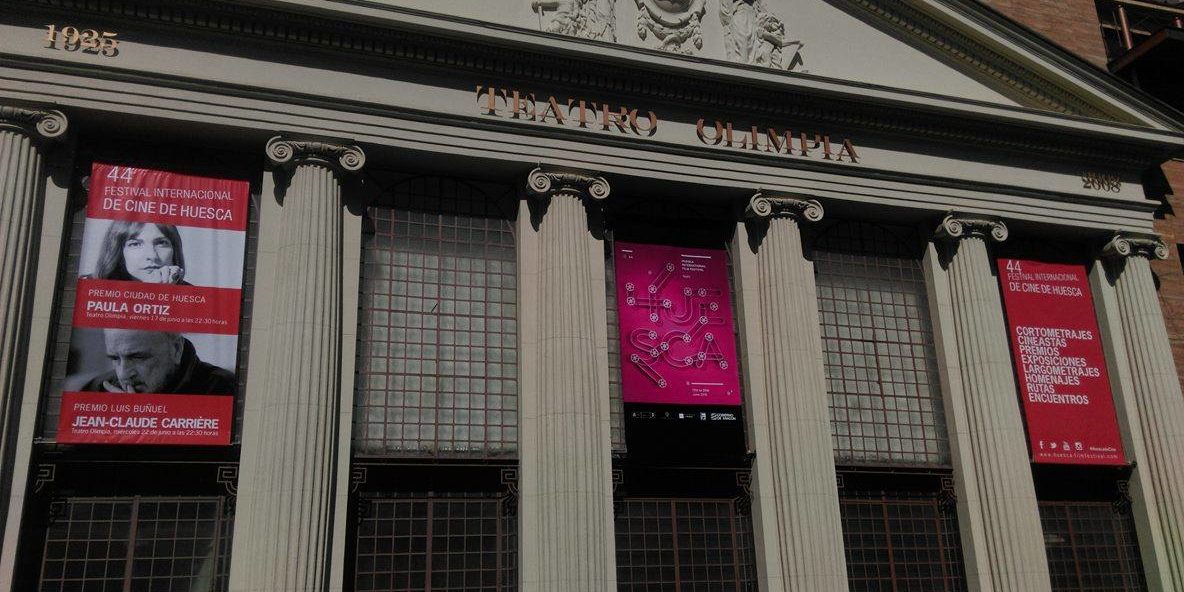 The Huesca International Film Festival arrives one more year to our city with activities, tributes and awards, projections of the Official Section in the contest, the premiere of long films within a special space for new producers, concerts and a wide variety of acts which complete a programme that has the short film as the core of the edition. As hall, this afternoon, the exposition of the stage designer William Abelló will be opened. At the same time, the performance of the group Proyecto Danza conmigo of the centre Reina Sofía ATADES of Monzón, directed by the choreographer Dalila Rocío Estramadoyro. Also, the Veladas violetas activity will take place with the actress Mar Regueras at 22.30h at the Cathedral square.
The Olimpia Teathre will host, tomorrow 17th of July, the inauguration act in which the award Ciudad de Huesca will be given to the director Paula Ortiz, and also four of her short films will be projected during the session. In this same ceremony, the prize Pepe Escriche will be handed over to Pilar Martínez-Vasseur, director of the Spanish Film Festival of Nantes. Finally, the winners of the store windows contest will be awarded.
During the Festival week, it will be also possible to watch the selected short films in 15 sessions in the Olimpia Theatre for free. Besides, in every session the public will be able to vote for the “Audience Prize”, sponsored by Aragon TV.
Another important issue in the programme is the section New Filmmakers, in which four short films will be shown, although they haven´t made their commercial debut yet. Stands out the Spanish super production Gernika which will me projected in the Festival before its premiere in October. Also, Koldo Serra and José Alba, director and producer of the film, will be present in the presentation of the movie. In this section will be possible to watch too the long film Best Friends, by Carlos Val; La delgada línea amarilla, the first short film of the mexican Celso García produced by Guillermo del Toro and Angelita la doctora, opera prima of Helena Tritek, that counts with Norma Leandro and Chino Darín in the cast.
The 22th of June at 22.30h will take place the show of the Luis Buñuel award. Durind the act, apart from handing the price to the plot writer, director and Oscar winner in 2014 Jean-Claude Carriere, his short film Hereux Anniversaire will be projected, which was nominated to the Oscar to the Best Short Film in 1962. Finally, the documentary Carrière, 250 Metros of Juan Carlos Rufo will be played.
From the 17th to the 25th of June, there are lots of activities programmed for all audiences that will fill the city with cinema. For example, the proposal of Gastrocine which will combine short films cooking inspired with an excellent menu made by the chef Rubén Pertusa or the section Mayores al Festival, which will move short films closer to elderly people in the different residences of the city.